I rescued these two beautiful calves from a feed lot at the age of 2 days old on a cold, snowy February day. They were very sick, skinny and in need of some serious care. I didn’t know what they had, they just said they had 2 calves available and you take what you get. I pulled up the truck to the feedlot pen and we put the calves in the crate in the truck box, two heifer (girl) calves.  I paid the cash and took them straight home to a stall in our barn lined with fresh straw. Looking back I can see how sickly the white one was, she was a rack of bones! 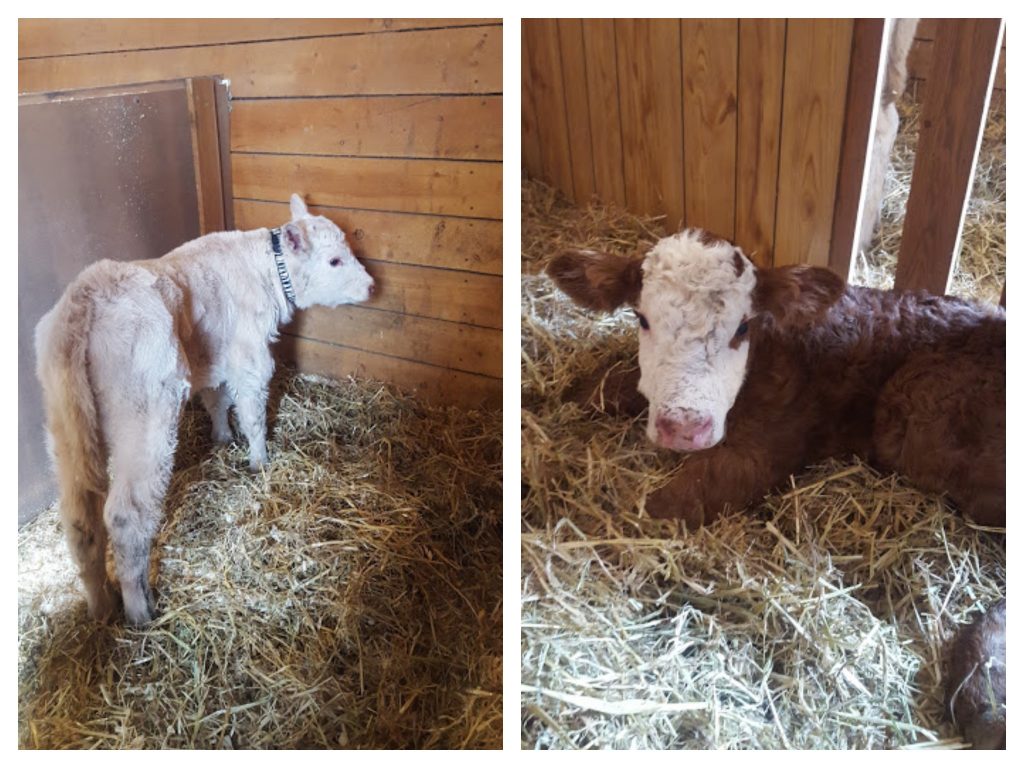 The first week the brown one named Fiona, got sick with a temperature and with one dose of medicine, she bounced right back. The second week the white one we named Lulubelle got very, very sick. We had the vet out, and lulubelle had a normal temperature and her lungs were clear of any infection. The vet gave her a medicine for her stomach and intestines.  She did not get better and was actually getting worse. The vet came out the week after that and gave lulubelle an antibiotic and a pain-killer as we suspected some sort of intestinal infection or high parasite load from the feedlot. He said there was not anything else he can do for her as we suspected Coccidiosis which is a serious infection of the intestines, and she would either make it through or not. When calves get very sick they refuse to eat so I continued supportive care of tube feeding her 4 times a day so she wouldn’t die of dehydration as that can happen within hours.  Lulubelle slowly got better over the next two weeks and was perky and eating well. 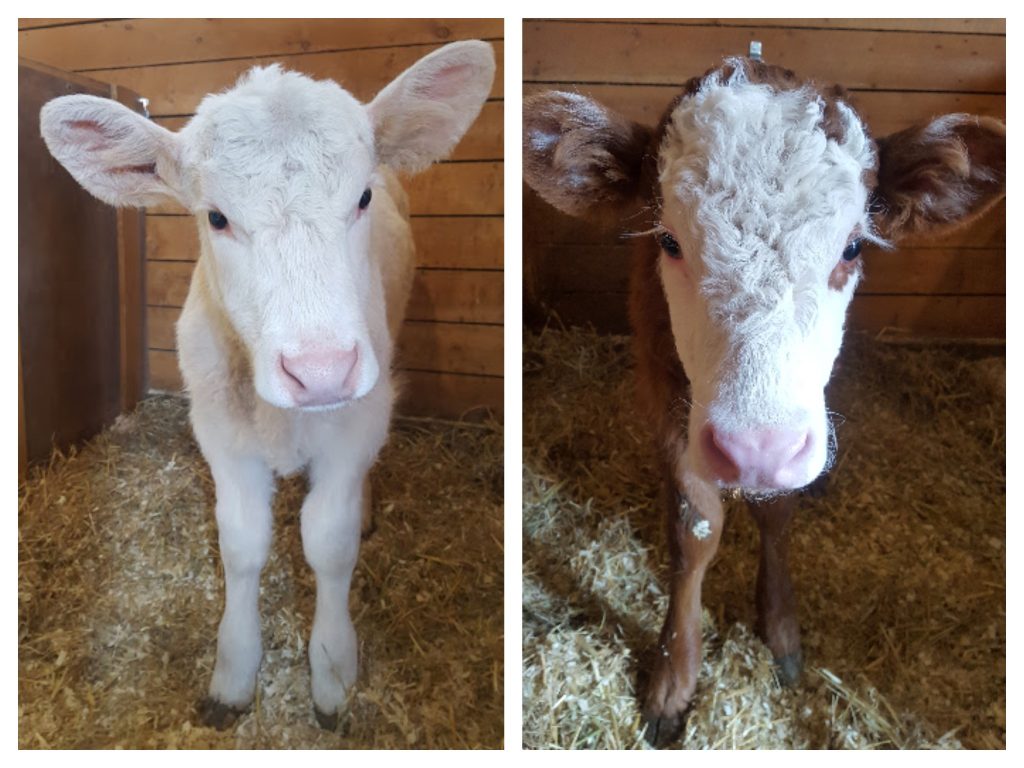 At about 6 weeks old Lulubelle got pneumonia, and had a temperature of 105. Normal for a calf is about 102. I had the vet out and he gave her a strong antibiotic for the lung infection that lasts for 3 days in her body. On day 4 her temperature spiked again and I called the vet to give me a prescription for the antibiotic. The vet said sometimes if it is a very bad infection it may need a second dosing 3 days after the first dose to totally eliminate the infection. I picked it up and gave her the injection immediately. She perked up within 4 hours and her temperature was back to normal. I dosed her 3 days later and she has been healthy and strong for over 2 years with no further problems or medication needed. 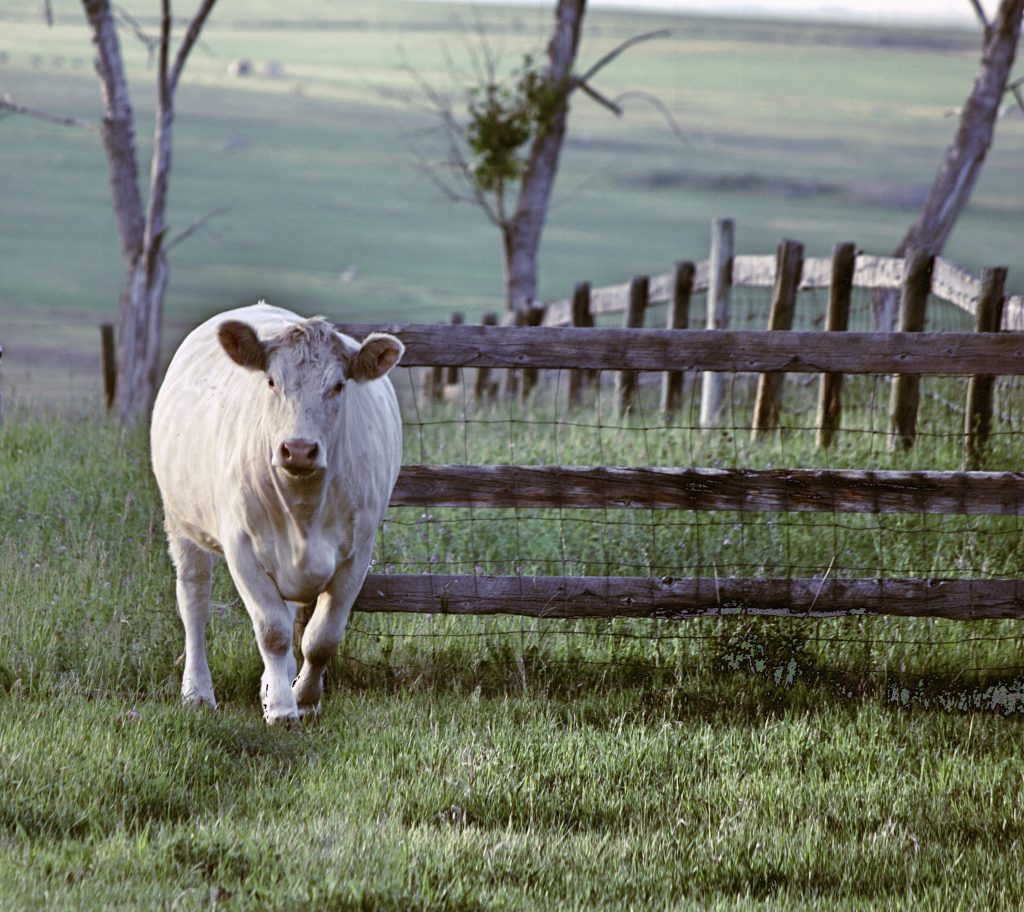 Last summer the cows were over a year old and ready to be mommas. I looked around and advertised for a bull to borrow or rent and could not find a single one. So I found a lady that did Artificial Insemination. We tried AI but it did not take, so I just let the girls eat lots of feed through the winter as they continue to fill out and grow.

This Spring I panicked (I tend to do this a lot) as I would really like to have some calves next year. I found a wonderful farmer willing to deliver a young bull the beginning of June and we were off to the races. The bull is all black and an Angus/ South Devon cross and he is nice, quiet and curious. From observation I believe lulubelle is due to calve March 18, 2019, but I will need to confirm that. He is with us for about 2 months and then the farmer comes to pick him up and playtime is over. 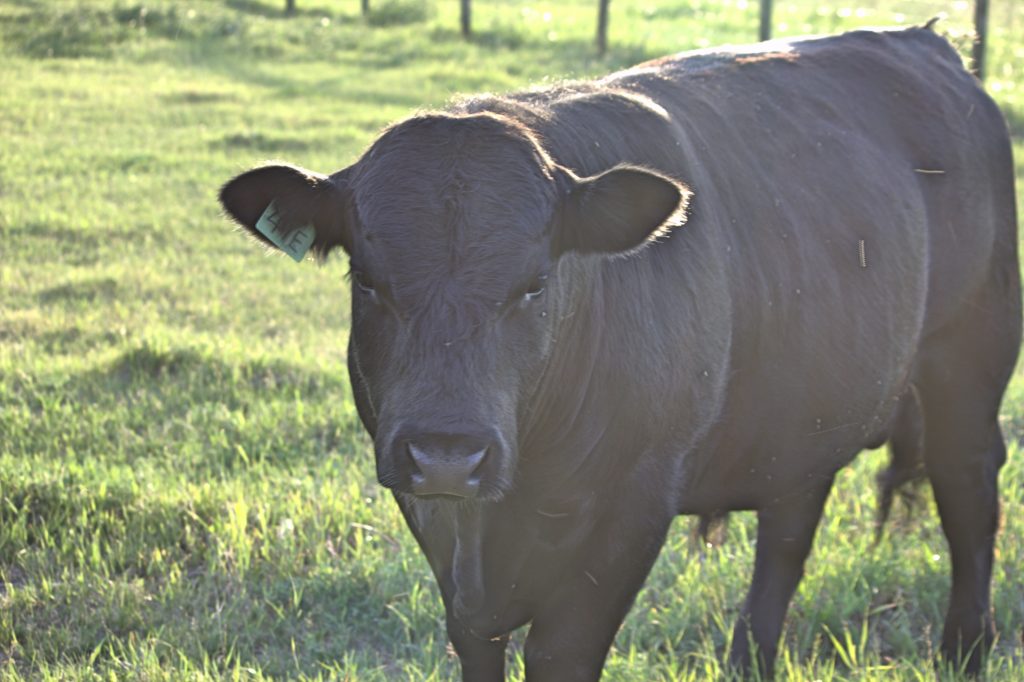 The girls are happy and healthy and hopefully pregnant.  I will keep you updated on the baby watch and how the girls are getting along. 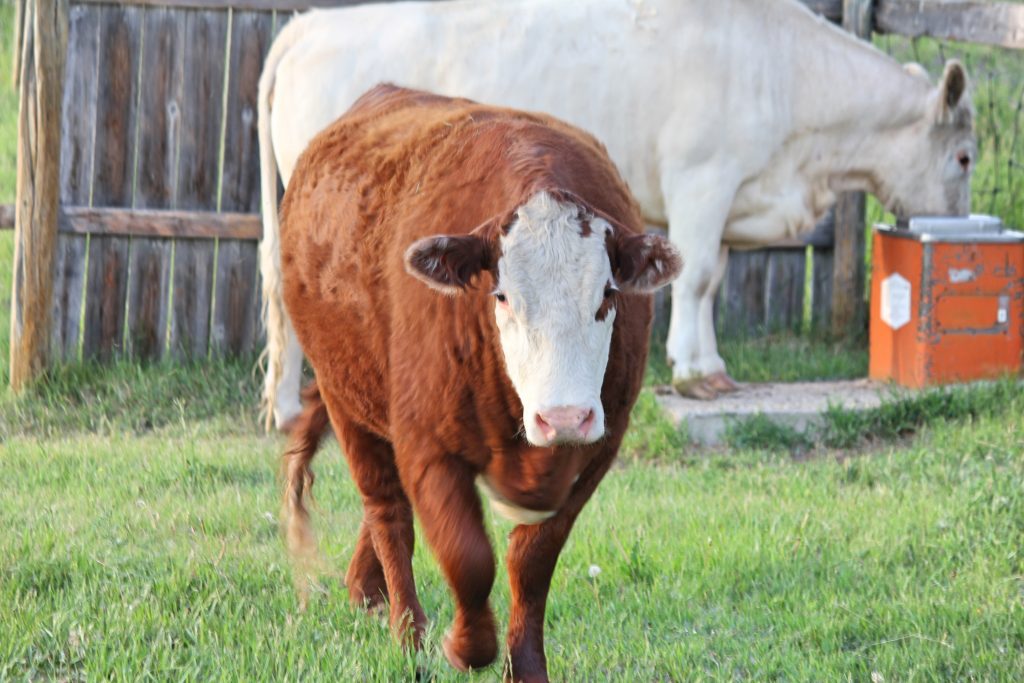 Welcome to The Kitchen Magpie Farm! I'm Karami Urbanoski and I head up the care of all the animals out on the family farm in rural Alberta. I'm so glad to have you here and I hope you have fun reading about all my homesteading adventures!

This site uses Akismet to reduce spam. Learn how your comment data is processed.